Sometimes you look at a word and it speaks to you.

I recently ramped up work with Gikken, a Berlin-based boutique Apple software company. Alex from Gikken introduced me to a newsletter called Dense Discovery. Upon reading Dense Discovery this evening, I tripped over an American indie magazine called Fifty Grande, wherein I was drawn to an article about folk artists living out of a van. I thought: “Hey, that’d be pretty damn cool to live out of a van.” It’s a thought I’m sure you’ve humoured at one point. In that article, I read the word congestion. It spoke to me.

Why is congestion speaking to me? It’s kinda gross. What does it connote? Mucus? Traffic? Blockage? I’ve dealt with an embarrassing amount of glottal mucus all my life, having been raised in an agrarian suburb. We’ve taken a turn for the intimate.

No, these superficial connections were not, in this instance, what first came to mind. For some reason I read that word like it was brand new. Thought of the raw meaning of it—what might be a definition stripped of allegiance to any particular congestive circumstance. I got all philosophical.

I studied comparative religion in college. My brother asked me on a walk today whether I’m an atheist. I won’t get into that here. Brought this up because my philosophy of religion courses used ancient allegories to illustrate spiritual concepts. Once meditated on a blueberry and felt it more intensely than certain prior sexual encounters. Blueberries’ll do that to ya.

Congestion is something we deal with incessantly. Congestion of the mind. I’m not sure where I’m going with this but I’m trying to unearth something via writing. Little thought purge. Ain’t that what they recommend?

Making sense of it

Nothing makes sense—that’s why it’s called making sense. You ought to manufacture the sense yourself.

Let’s agree that it’s temporary. Shouldn’t congestion then be relievable? It often is relieved. Can that relief be facilitated manually? If we are discussing mental congestion, then surely it may be. Phobia, for example, causes a congestion that takes gradual chipping away at to allow for the passage of… well, some inverse2 of fear. Writer’s block, however, simply takes:

It’s time to sleep. If you too are due for a snooze, may we both awake without congestion, mental or otherwise.

Frank had a small TV

The beginning of a letter from Sol LeWitt to Eva Hesse:

It sat on Frank’s desk. While he hated referring to alleged quotes for inspiration, he knew this was some bona fide correspondence and he liked the sounds of the words in the long list when said. Frank considered that he would willingly give up all of Sol’s suggested verbiage besides boning if it would mean he could do in the sense of accomplishing something rather than ing-ing about it. Then he pondered the disparity between boning and doing and wondered profusely which provided more agency to that being boned or done. Or whether it should be them rather than that, for that matter—for their matter.

The phone rang, as they tend to do. Frank spat his toothpick into the deforested hectare of felled wood-pike disarray fencing a lousy perimeter ’round his desk chair.

As Frank listened to his name leak out her lips a dozen times, he pinched and spun around the embossed brass nameplate at the edge of his desk. The more he stared at the letters, the less they formed the name he’d been branded with much like that cheap metal rectangle who wore it better.

Elsewhere on the desk, a sticky note read: MILK, CHICKEN. Was stuck to a stapler spread open by its hinges almost as wide as the legs of Kermit the Frog, who leaned crookedly on a can of ale weighed down by a straight razor shaft sticking out of it that directed a fleck of light from its blade onto a chiseled section of wood whittled by a worried pen tip whose cap escaped this microcosmic crime scene for the great abandon of the corner behind the waste basket. A projector was set up, searing the ceiling with a tired bulb whose luminescence shone obscene shadows built by what lay on its lens-like surface each day as an extension of Frank’s desk. The common lamp was on backorder for the second time since some mysterious late-night circumstance had hopelessly toppled it.

Frank didn’t smoke. He simply liked the smell of cigarettes and carried the same pack of double gold-ringed Rohnsteins around for aromatic comfort. He withdrew a stick and popped it into Kermit’s perpetual jaw-drop where it wedged into the stitch of the fabric at his puppety gullet.

“You still have my remote, Wendy.” said Frank.

“The hole!” Frank shouted opposite the receiver, to the empty room.

The wall on the right rumbled a bit. Something rolled from a height and thudded on the floor. Papers shuffled. Then, a dot of red light appeared through a pencil-thin poke in the wall just under a nail-hung gloating plaque.

Nothing happened. Frank picked an apple core from a little plastic dish and lobbed it at the wall, striking the plaque so it spun on its nail and dislodged, clapping on the ground.

The light dot shone again, longer. Then off. Then on. It blinked. In the opposite corner on a stout refrigerator box, a pale black screen jittered to life. Though the stodgy man had big dreams and an even bigger ocular prescription, Frank had a small TV.

Wendy suctioned her ear up to the wall, listening as she held steady the remote control and lathed its channel button over and over.

“WANTED TO KNOW WHO SHE WAS. SO I TOLD HER. SHE THOUGHT SHE COULD GO DOWN TO THE LORY DISTRICT AN…”

Frank kicked his feet up. Wished she’d stayed on the orchestra. He watched the channels turn from the doubles back to single digits and up toward nine.

I worked on something with someone a while ago. Sometime later, they reached out about a project they wanted me in on but provided no context. Secrets make life interesting.

As a test, they asked if I could provide a piece of copy to match the marketing speak of a company called The J. Peterman Company. Of course I could.

“Never do free work” is the advice I ignored in this scenario, wanting to prove to this somewhat stranger and potential business partner that I was worth my salt. Though a portfolio provides free entry to one’s entire salt mine, I decided to fuck it and have fun writing something in the voice of J. Peterman. Not free work—free play. 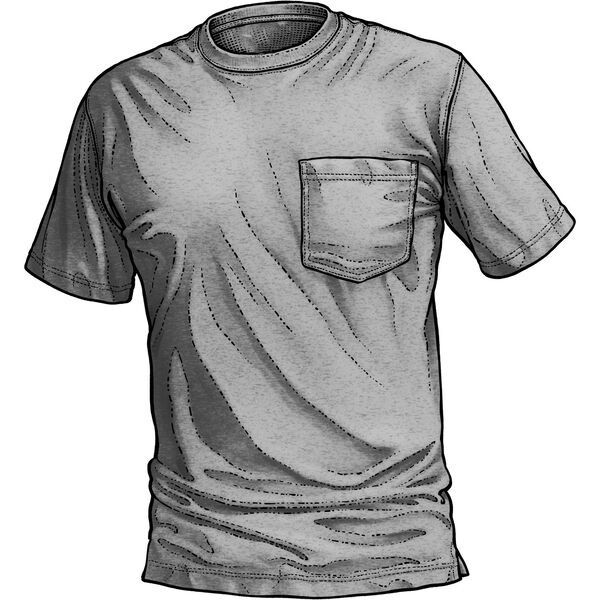 Everything you cherish was made by someone comfortable. Someone practical, yet wildly creative. A furnace scrubbed of yesterday’s ash ready to rage again into the future.

A hardened minimalist doesn’t wear their heart on their sleeve. They wear their mind on their chest. Thought armour.

Speaking of chest, the Pragmatic Tee (No. 1023) sports a subtle front pocket. The shirt for every occasion knows that every occasion involves a bit of paperwork. Slide a movie ticket in there. Your visa to Cambodia, where you’re slated to scour the jungle for the fairest smelling lotus. A matchbox from that dim basement bar at The Goring where the man in snakeskin boots scribbled a cryptic address.

The tee is made for Living. Double-lattice officer sleeve seams. Singed interior folds for minimum friction. Quarter turn in-cuts and precision-measured waist length so your abdomen won’t get chilly with up-stretched arms gripping an aluminium helicopter skid. Let go when ready. You calculated the drop perfectly. Made in Indonesia.

Mystery man enjoyed the blurb, then “Can you write something similar for a vacation rental as well?” Ah damn okay I guess. I found a photo of a fancy little Montanan cabin that reminded me of the game Firewatch. Great game, by the way. 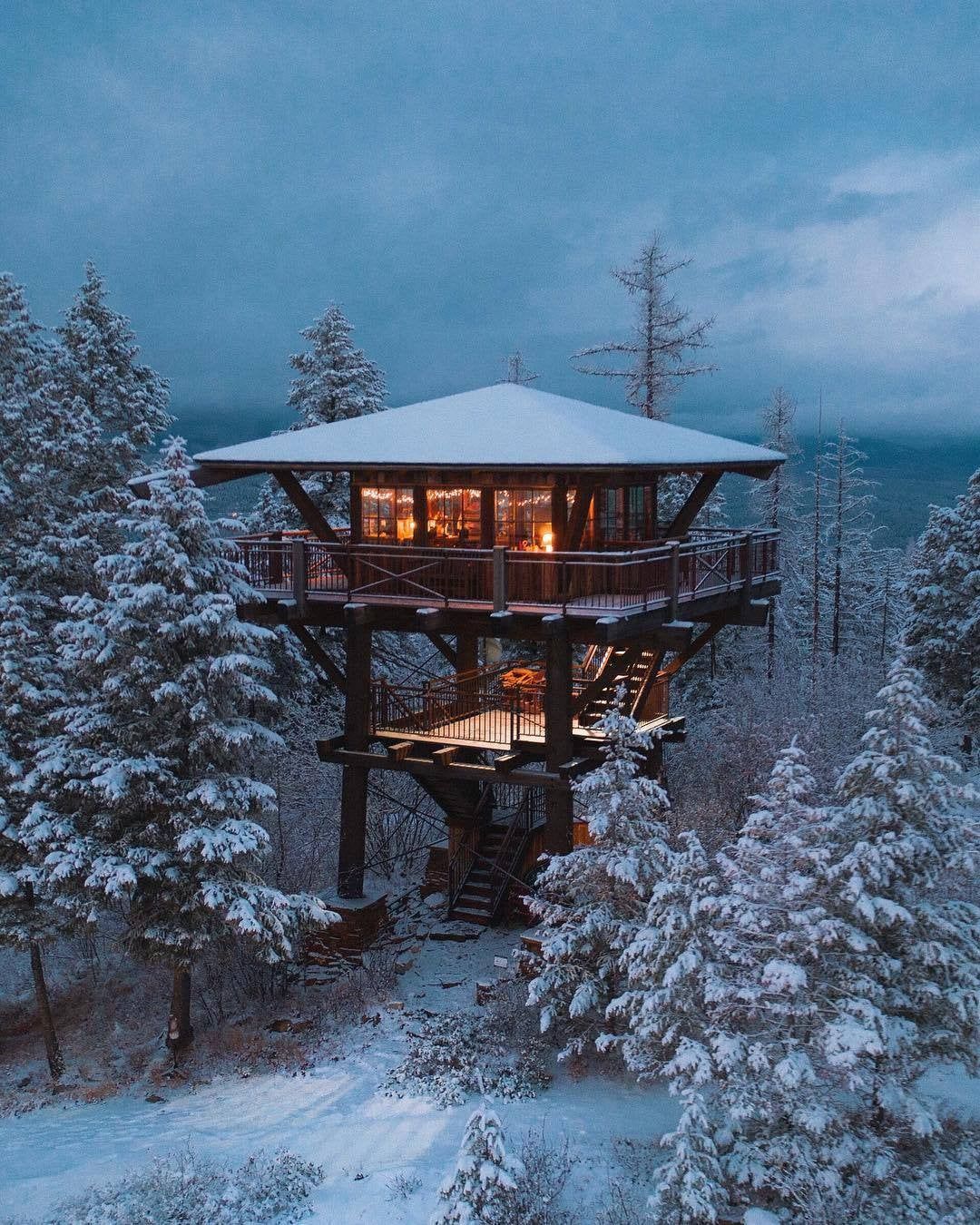 Montana, nature’s mistress. A winter white canvas stretched with flecks of sleeping timber and the humming tummies of silent hibernation. Where a silk wind is your closest friend.

Some folks take holiday when they’ve had enough. You’re the one who hikes to the top and doesn’t feel quite finished yet.

Whitefish Lookout takes you there. To the top. And then some. Three more flights some. It’s a candlewick in the stillness of landscape erased by slow snowfall. Safety in height. Cloud comfort.

The only danger? You’ll make Bond villains jealous. ’Less you invite them in. Impress ’em with Montana mountain vodka chilled in chipped ice from the lake down the forward footpath.

It’s a lookout because it looks out for you. Takes good care to. Sturdy electricity for smooth-pumping heat vents. A full kitchen decked with the right tools. Aged, air-dried timber fit with natural pine sap. Set it alight. Breathe in.

You’ll book a week or so at Whitefish, maybe longer, but you won’t take your time there—she’ll take it. Sew your time right into the fibers of woven thistle rug adorning her hardwood base. Walk barefoot across your own, personal eternity.

It’ll cost a bit to get here, but then so will any rejuvenating jaunt. What you’ll really pay with is that bit of soul left behind to revel with the rest. Maybe yours will play cards with Roosevelt among the pines, who can really know for sure?

He liked it. I enjoyed writing it. Great! We hopped on a call (I hate that phrase) and discussed the secret project. It was secret no longer. In fact, I’m currently working on it. Will it see the light of day? Perhaps. But you’ll have to write two creative bits for me to find out.

Nah, I’ll let you know when the time’s right. Or not at all. Some somethings turn to oncethings then to nothings. Doesn’t everything, eventually?